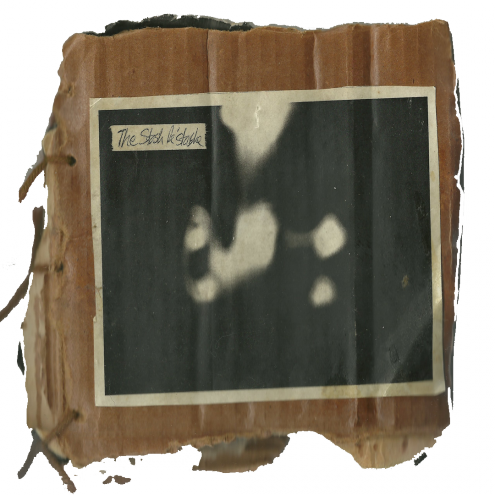 the stash lé stashé started in 2001 - 2002, and continued to play until about 2003. the name was invented in the parking lot of a milemarker show by manny stash outside of go studios in chapel hill. after some practice, and the return of alfonso stash from austin, texas the group played their first show at the litehouse teen lounge. alfonso became the lead singer and sk-1 sepika synth player. basil was on bass and guitar, bruce on drums, and manny on guitar and bass. eventually alfonso went back to texas, and the stash split for a while. then several months later reformed. later venues would include larry munn’s place, cadallac jacks, kefi’s, erin and shane mckelvy’s basement, bessie’s, the soapbox, and someplace near larry munn’s place with a halfpipe. the band broke up for good in 2003, and reformed after alfonso stash moved back from texas. they recruited bill donovan into the mix put alfonso back on vocals and formed NUMBER ONE DAD. number one dad took their sound even deeper into totally bitchin’ territory, but sadly they broke up too. .. .. today, you can hear the members of the stash lé stashé, and number one dad in their current projects, which include; Bête Tête, b sharp/donovan quixote, the economy model, black hole poems, punch and judy, cassette, box of knobs, skowls, and buildings. .. .. Please enjoy the 4 song EP and other miscellanea the stash happened to record during their time together. ..
Members
.. basil stash--- guitar, bass, vocals .. .. manny stash --- guitar, bass, vocals .. .. bruce stash --- drums, vocals .. .. alfonso stash --- sk-1 sepika synth, vocals ..
click on this pic to download this album for free
back to start